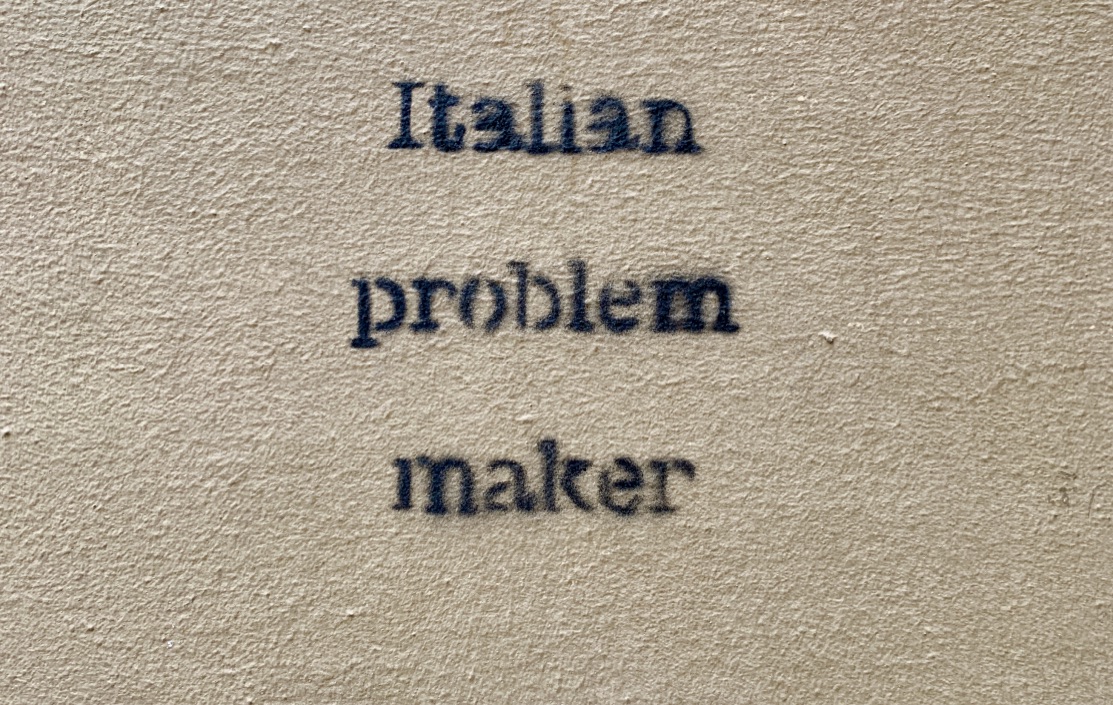 Dual Citizenship: It’s Not That Easy

I have had friends writing me all day to tell me that CBS Sunday Morning did a story on Italian citizenship jure sanguinis—or being legally an Italian citizen if your ancestors were born in Italy. I’ve watched and read the story online, and I have to tell you, it’s not as easy they made it sound.

The reporter and the people he interviewed for his story made the whole process seem simple. I want to set the record straight: Being an Italian citizen at birth is easy. Proving it is difficult. Getting the actual dual citizenship is a lot more difficult.

The instructor had told me I needed my grandparents’ and mother’s birth certificates.  That part was true.  What she did not tell me was that I needed a lot more than that.  I quickly discovered that what one needs to prove citizenship depends on the line of succession, the consulate through which he/she is applying for citizenship, and the law that was in force at the time of one’s birth.  At the time, I thought that I would have to apply through the Los Angeles Consulate since we live in Southern Nevada, and their particular list of documents is among the most difficult in the country.  In addition, since I qualified through my maternal grandparents, there were other documents I would need.

According to the LA Consulate, I needed the following:

In addition, everything in italics that is a US document must have an official Italian translation, an apostille by the secretary of state, and notarization that the translation is official.

“Nothing you do is ever easy,” my husband told me. No lie, Dude.

I encountered a number of problems once I had most of the paperwork I needed. First and foremost, I had to prove that my grandfather had not naturalized and become an American citizen. It took almost a year to get confirmation from NSCIS that my grandfather had never become an American citizen. Once I had that document in hand, I thought I was home free. HA!

Long before computers entered the picture, government officials handwrote documents. I found that my grandparents’ and mother’s names were different on different certificates. Because my grandparents were functionally illiterate, they didn’t realize that somewhere along the line, someone had written my grandfather’s last name as Beraduce (not Berarducci), my grandmother’s maiden name as Rugnala (not Crugnale), and anglicized their first names—Donato to Dan and Liberata to Loretta. My mother, born Maria Berarducci, entered school as Mary Beraduce. Worse, before the clerk in Mahoning County had written Beraduce on some document, about five other documents misspelled his name.

All of this might not sound like a big deal, but remember we are dealing with two governments, so it is not that simple. An attorney in Rome told me I had to go to court in Ohio and have the names legally changed back to the originals. The court in Ohio would not consider that since all parties were deceased, nor would they give me a “one and the same” certificate (stating that Maria Berarducci was Mary Beraduce and so on). Long story short, it took over a year to resolve that problem.

Once I had all of the paperwork, translations, apostilles, and notarizations in hand, I applied and spent a residency in Italy to get my citizenship (Long story, but the wait for an appointment in LA was over three years.). Even though my papers were in order and complete, the comune through which I applied still had to check with the Detroit Consulate to make sure they had no record of naturalization for my grandfather. That only took about six weeks, and in April 2018, the woman with whom I was working to get the citizenship told me I was official.

Since the last quarter of 2018, there are new laws in place. Of all of them, the language one is the biggest change. Applicants must now prove that they can speak and comprehend a B1 level of the Italian language by either going to an approved school or by getting a certificate from the school stating that they have the knowledge required.

This was my story, and as I said, it’s not quite over yet as I’m still waiting for the passport. There are thousands of people who have similar stories to tell, and there are thousands more who probably have more difficult stories. All of our stories are different. Remember, though, that there are laws and rules that one must follow, and those rules change according to the consulate or comune in which one applies. You can check out the Italian Genealogy forum to see what others are going through.