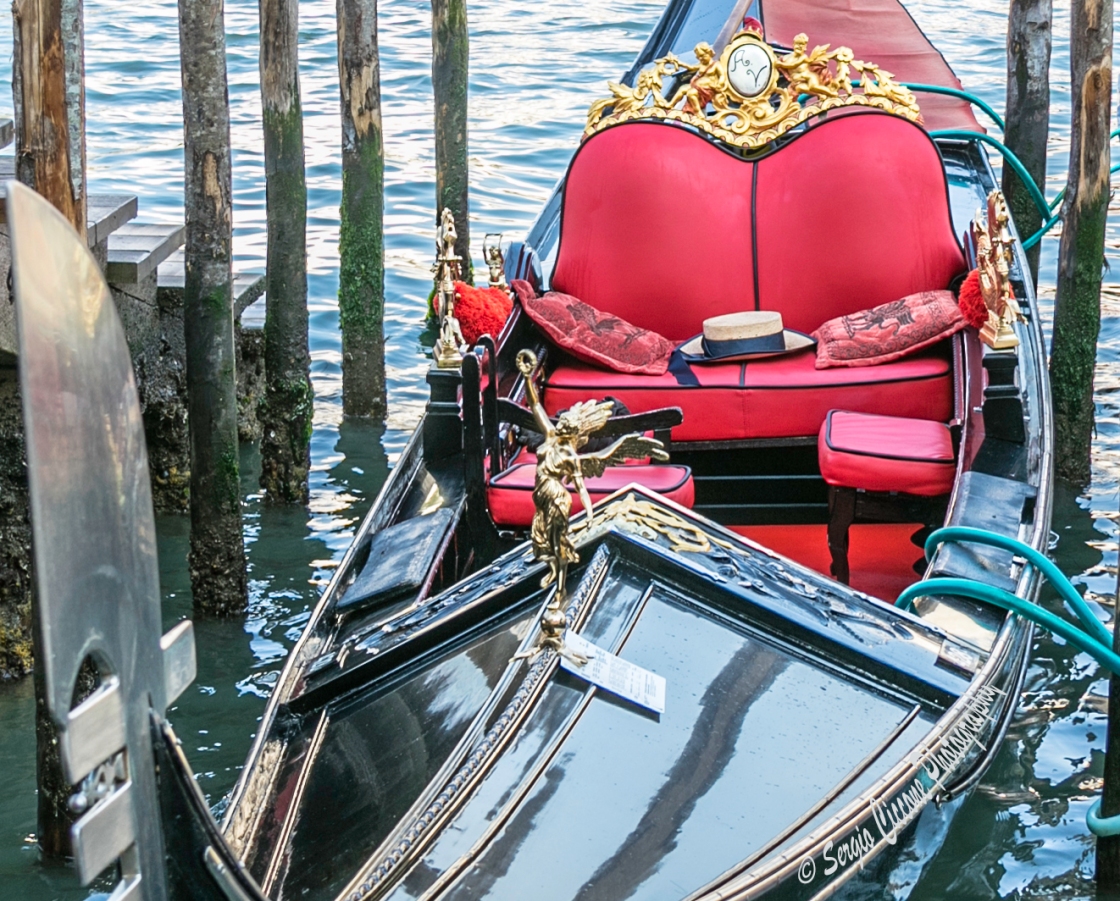 Beauty in the Time of Corona, IX

To go out in a gondola at night is to reconstruct in one’s imagination the true Venice, the Venice of the past alive with romance, elopements, abductions, revenged passions, intrigues, adulteries, denouncements, unaccountable deaths, gambling, lute playing and singing.
~ Peggy Guggenheim

I guess I created a little controversy the other day when I said I had not liked Venice after our first visit there. I don’t want to address that in this post, but I bring it up because I would actually like to spend a few days in Venice, but I’d like to be there from sunset to early morning when the hoards of tourists leave and the city settles down a bit. It would probably be a good way to take day trips to the Dolomites, Lake Garda, Torcello, Treviso, and the vineyards of Veneto (I’m talking Prosecco country!)

I want to stand on the bridges at sunset and watch the solar rays gild the canals. Even more, I want to lie down in a gondola and float through the city looking up at the bridges, the buildings, and the stars above. I want to hear only the sounds of the city after dark and the whoosh of the gondolier’s oar through the water. I digress, but this all leads me to introducing you to gondole (the Italian plural) and the beautiful history behind them.

Gondole have been a means of transportation in Venice since the 11th century, and at one time thousands of them (Some sources say 10,000) slid along the canals. The early versions of the flat-bottomed boat had two rowers and came in a variety of colors. Why are they all black now? you may ask.

At one point, the well-to-do families competed with each other to see who had the brightest color or most gold on his gondola. In 1562, the Venetian government passed a law to limit “conspicuous consumption,” and they ruled all gondole must be black. The law has stuck for almost 500 years. (Side note: Red is the color of mourning in Venice while black is the color of elegance.)

The boat makers had to follow strict regulations (called mariregole) that oversaw all aspects of their lives, not just the making of the gondolas. For example, the mariregole legislated everything from how much the boat makers paid their apprentices, how much they paid as a dowry for their daughters, and how they buried their dead. Most importantly, it demanded that sons follow in their fathers’ footsteps.

It takes about two months to build a gondola at a cost of roughly $42,000. Each gondola is 35-feet long and weighs more than 1100 pounds. Gondole are handmade of 280 pieces of eight kinds of wood (elm, cherry, walnut, lime, mahogany, fir, oak, and larch), each with its own purpose. Gondole are asymmetrical and lean slightly to the right (Note the two photos of the gondole at rest above.). The port side of the gondola is nine inches wider than the starboard side so that the gondolier can stand there for balance. The oarlock (forcola), the piece that holds the gondolier’s oar, ihas various points to support the oar and allow the gondolier to control eight different movements—starting, stopping, slowing down, turning, etc.

The ornament on the front of the gondola is more than a shiny decoration. The prow or ferro (iron in Italian) originally served as a balance to the gondolier’s weight at the back. Over almost 500 years, the ferro has undergone many, many modifications to get to the one they use today, and there is meaning behind it.

The “s” shape of the ferro symbolizes the curve of the Grand Canal while the six forward prongs represent Venice’s six sestieri (districts) and the one backward the Giudecca (the southern-most island that faces the sestieri). The curve above the prongs “is” the Rialto Bridge, and above it, the large curvy “head” of the ferro represents the doge’s hat.

Some of the ferro have three frieze between the prongs (Above). The frieze celebrate the three islands in the Venetian Lagoon—Murano, Burano, and Torcello.

The gondoliers today are very different from the time when slaves rowed the boats. One does not wake up one morning and decide to become a gondolier. In the first place, the city awards only 425 gondolier licenses. More importantly, though, gondoliers go through rigorous training that begins by passing basic Voga alla Veneta rowing and swimming tests. (Voga alla Veneta is the Venetian practice of rowing while standing up.)

Once they pass, they attend an “arte del gondiliere” school for 12-18 months where they take courses in a foreign language, Venetian history and culture, geography, and rowing. All-in-all, they spend about 400 hours of training and must then pass all of the exams—including a very specific rowing test—before being able to register as a substitute gondolier, work the traghetti (gondole that transport people across the Grand Canal), and. join the exclusive 1000-year old Gondoliers Guild. Each gondolier’s license is linked to a particular gondola station, so gondoliers always work in the same location.

The gondoliers’ uniform is also regulated. They must wear dark blue or black trousers, black shoes, and a red- or blue-striped shirt. The emblem of the Gondoliers Guild is embroidered on the shirts and jackets (usually black). The straw hats with ribbons are optional.

A Couple of Interesting Facts

• Gondoliers must buy and maintain their own gondolas.
• It takes about an hour to clear water from the bottom of a gondola.
• A gondola lasts about 20 years.
• The price of a gondola depends on its finishings and can raise the price above the average of $43,000.
• While women are not prevented from being gondoliers, there is only one female gondolier working in Venice.
• Gondoliers don’t usually take their gondolas out unless they are dressed in uniform….even for personal outings.
• The average gondolier can make $150,000 in a year (and that is still not enough to live in Venice).