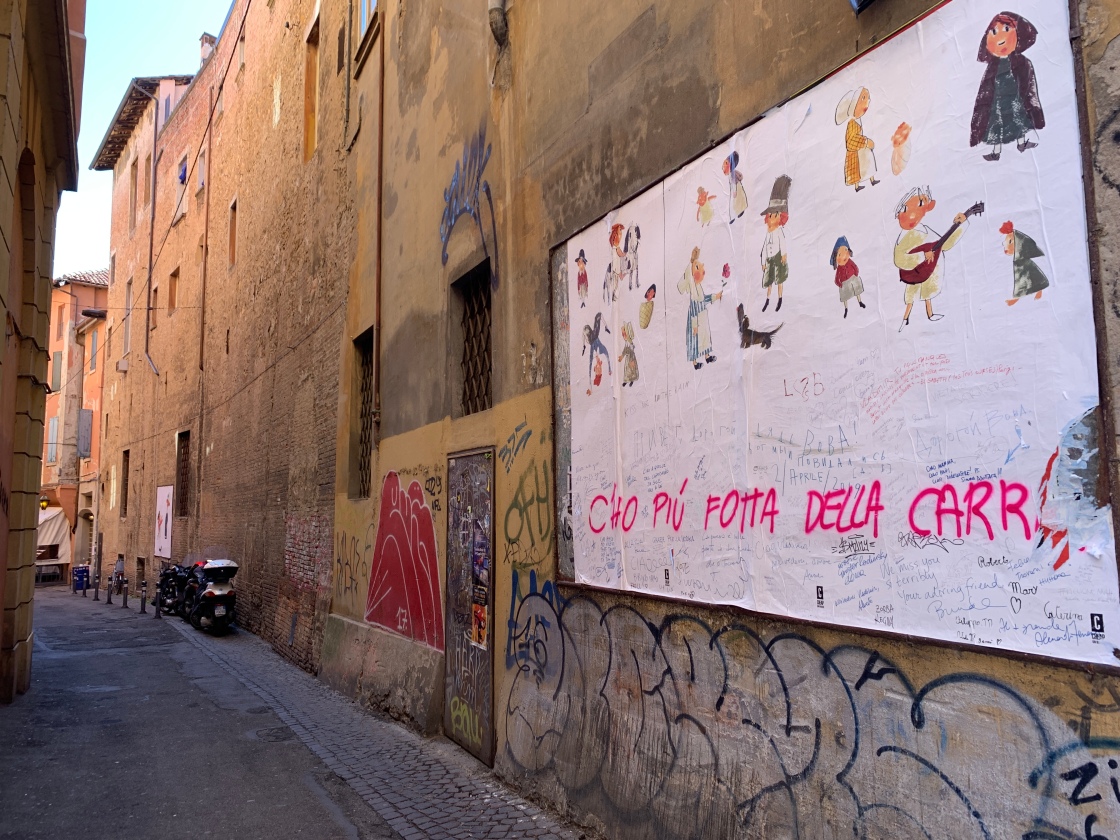 Right Up My Alley

Imagination is a great thing in long dull hours, but it’s a real curse in a dark alley.
~Zilpha Keatley Snyder

I mentioned the other day that I blame Ireland for more than my obsession with doors; it’s also responsible for my obsession with alleys. Mike and I were in Croom, a little town on a river in County Limerick. We had left Adare and headed heaven-knows-where when we drove through the town and decided to stop and explore. As we walked around, I started to notice little alleys off of the main streets, and when someone walked down them, I had to snap photos of those little people lost between the buildings. Since that time, I have tended to search out alleys all over the world. I do, however, try to stay away when it’s dark.

These are just a few of the alleys I’ve found in Italy this trip. I hope you enjoy.

I’m sure you know the story of “my alley” in Bologna, but if you don’t, let me briefly tell you that I lost internet connection during y first trip here alone in 2014. For over two weeks, I had to sneak down to this alley and borrow someone’s free internet service to talk to Mike. I usually stood in the doorway just ahead of the second man in the photo.

This is probably not really an alley, but I’m counting it as an alley within an alley. The wooden pillars on the left are authentic and date the building to 11-12 century.

These four alleys (and the one at the top) are all in the Santo Stefano neighborhood of Bologna, and the thing that drives me crazy is the graffiti all over them. I would love to rent an apartment that straddles an alley (#3)…unless it gets too noisy.

This little alley was down the street from our apartment in Florence.

Alleys are not always straight roads. Remember that in earlier times, there were no cars, so the streets and alleys could be steps in the hilly towns.

This little alley connects the main town with the beach in Cefalù.

When people hear “Amalfi,” they think of the coast, but Amalfi is actually a town, too. With a population of just over 5000, Amalfi was once a sea and trading power and had schools of law and mathematics. The town crawls up the hills from the sea, and it’s been a tourist destination for years due to its natural beauty.

Amalfi is full of little stairway alleys so the residents and visitors can get from the main street to the upper parts of town.

Capri (accent on the first syllable, by the way) is both an island and a town on the island. The main part of the town of Capri is up the hill from the marinas and has a permanent population of roughly 7200. Anacapri, the other town on the island, is where you’ll find the Blue Grotto and a number of ruins. Most buildings are white or cream, and colored flowers bring them to life.

Sometimes, even a scuzzy street is a little magical in the dark.