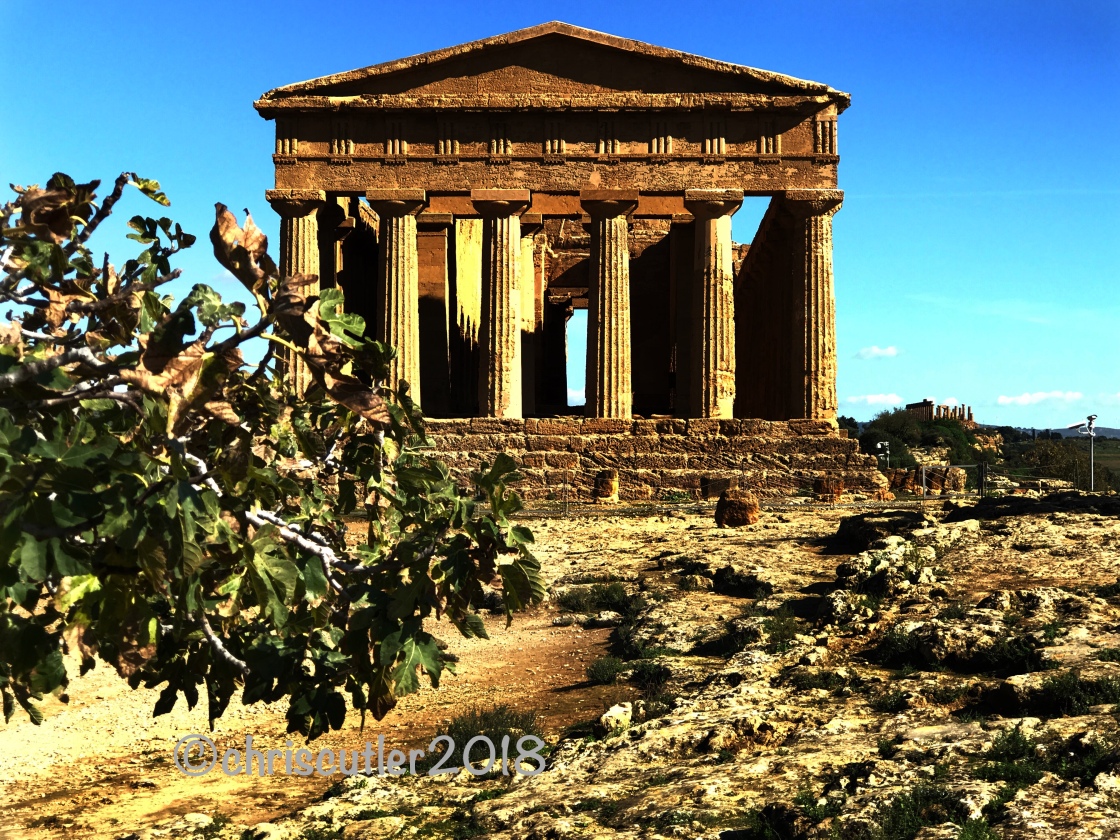 It is a welcoming land, a pearl set in the our sea. Agrigento is a symbol of the sweet Mediterranean philosophy that, in this technological era, it is increasingly important to value and defend (the past).
~ Cristiana Capotondi

I keep trying to figure out a way to start today’s post, but I cannot come up with one that doesn’t sound too Pollyanna-ish. Therefore, I’m going to just die in and tell you this:  Agrigento is phenomenal.  End of gushing.

Agrigento was originally the Greek town of Akragas. Situated between two rivers, Akragas was on a plateau that overlooked the sea on the southern coast of Sicily. Founded somewhere between 582-580 BC, Akragas was one of the richest and most successful Greek settlements. The residents constructed seven temples in the area between the 5-6 centuries BC, and while the current restored archeological site (Valley of the Temples) covers more than 3200 acres, much of the site is still unexcavated.

Akragas was an ancient city with all of the areas that a town of that time might have. In addition to the temples, there were residential areas, sports fields, and a town square where the leaders would hold meetings and such. Archeologists believe that the town square above once had statues on each of the pillars you see.

Temple of the Dioscuri

The area where this temple sits was a sacred site devoted to two divinities. The area had three terraces, a pool, a garden, and more. The mostly female cult that worshipped the divinities lived in the area and carried out celebrations, sacrifices, and more in the temple.  This is really a reconstruction of the original, much-larger temple using pieces from a variety of other structures. 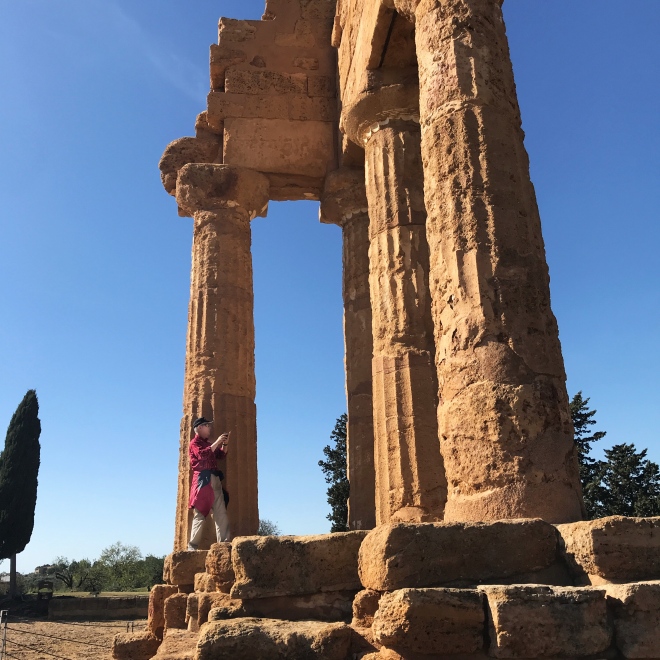 The second photo gives you some idea of the size of the pillars, about six meters high.  Originally, the temple had six pillars in the front and back and 13 along each side.

While the Temple of Zeus was once the largest temple in the world, not much remains of this site devoted to the god of sky and thunder. Much of the area is rubble, but there are two partially restored Atlases on the grounds of what was the temple. The38 Atlases were eight meters high, stood between the Doric columns on the outside of the temple, and were sculpted of limestone from the area.

The Temple of Heracles 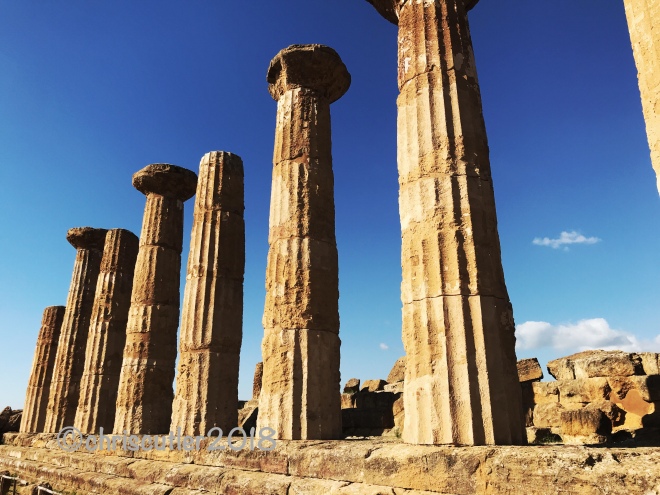 According to archeologists, the number of columns and their style indicate that this temple, dedicated to Heracles (Hercules), son of Zeus, is the oldest one in the area.

The Temple of Concordia (goddess of harmony), as you can see, is beautifully preserved. As such, it is one of the best examples of Greek culture and civilization outside of Greece. Its 34 pillars are more than six meters high, consist of four drums or pieces, and have 20 flutes.

Behind the temple is a fallen statue of Icarius who has a broken wing. According to mythology, Icarius and his father, Daedalus, fled Crete and founded Akragas. The statue is obviously not original to the site but one done by Polish sculptor Igor Mitoraj who had an exhibition of his work in the Valley of Temples in 2011. It is the only one that remains.

I leave you with a photo I took from the Temple of Zeus looking back on the modern town of Agrigento.

To get to Agrigento from Palermo, you can take the train (if it’s running) or the Cuffaro Bus . The bus is easier as it will take you directly to Piazzale Rosselli where you’ll catch the TUN Bus (#1, 2, or 3) for the Valley of the Temples. (Just make sure your bus driver remembers to stop.) If you take the train, you’ll have to get to the Piazzale from the station. Both the train and the bus take about two hours.